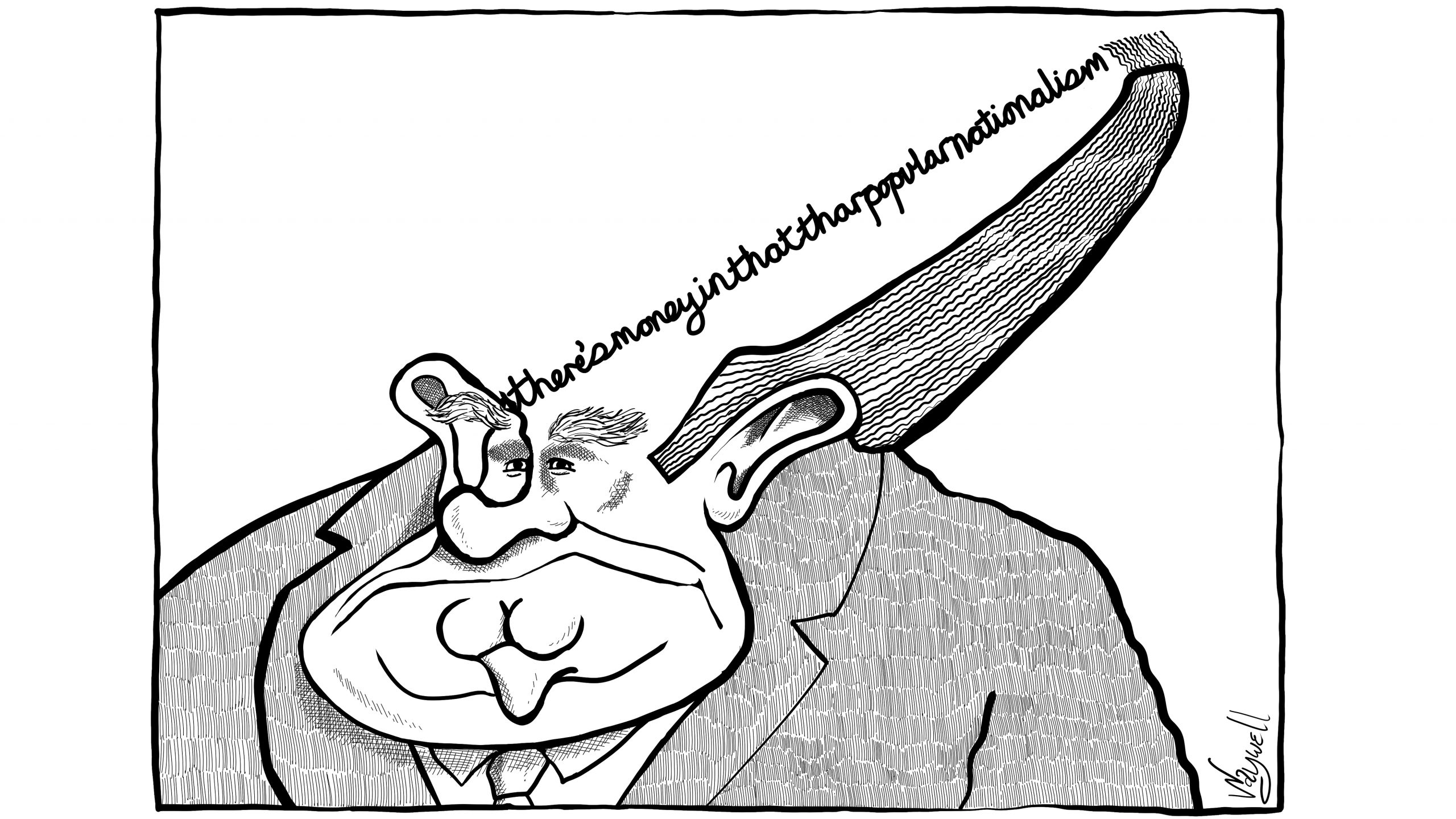 So, it’s finally here. The news channel that isn’t a news channel began broadcasting non-news this week and, in the process, made headlines. Welcome to the logic-defying reality of GB News, a channel that is sure to be a raging success if only it can maintain the interest of all the people who despise it so much that they can hardly turn it off…

This, after all, is the channel that already produces such a strong reaction in some viewers that they have started to leverage their power as consumers to cancel the broadcaster. Some advertisers have heeded their call and began to withdraw support. Kopparberg began the trend, followed by Grolsch, Nivea, the Open University, and Ikea. More are likely to follow. Naturally, the channel’s target audience fiercely opposes “cancel culture” so a few of them have already started to cancel these brands, which is going to make life tough for right-wing alcoholics with flaky skin and currently studying for a degree in Mesolithic pottery from the comfort of an Ekenäset armchair.

The channel continued, meanwhile, in its professed goal of introducing “new” voices to the way that politics is reported in the UK. This they achieved by thinking outside the box, by bringing old voices to the way politics is reported in the UK: Andrew Neil, Alastair Stewart, Neil Oliver, Michelle Dewberry, Carole Malone, and, of course, Nigel Farage who was one of the channel’s very first guests. There was also Lord Sugar, ensuring that both billionaires and lords called “Alan” are finally getting fair representation on TV.

The channel set up to counter a perceived bias in the British media thereby ensured that bias isn’t merely perceived but writ large across every banner headline. The channel founded on the belief that “you can’t say anything these days” proved the point by saying anything it wanted (and probably a few things it shouldn’t, including an email from the notorious “Mike Hunt”). The channel out to reflect the under-represented views of people in regional Britain began by reporting the views of Islingtonia from a studio in Paddington, London.

Viva la revolution! So revolutionary, in fact, that it’s swivelled a full 360 degrees…

Thankfully, these brave rebels against the establishment received help from other outsiders inside the establishment, who ensured that GB News got to ask the third question (after the BBC and ITV) for the Prime Minister to bluster around at his COVID briefing. At a time when the government often refuse to speak to the big national broadcasters, they seem happy to make GB News the anti-establishment voice for the establishment… Chancellor Rishi Sunak is giving an exclusive interview tonight. The channel that aims to hold the powerful to account on behalf of the powerless therefore finds itself perfectly positioned to relay the words of the powerful to the powerless…

Following this so far? Sometimes it even defied the wit of anybody watching to figure out what the hell was going on, even when somebody finally remembered to turn the microphones on.

If at times these contradictions appear slightly farcical, they are also inherent in the whole fixation with bias that GB News is founded upon. So much of this isn’t about objective reality as much as it’s to do with the subjective experience of that reality. If you have views that are to the right or the left of the median, then most of what you see is going to make you believe that the media is largely hostile towards you. This is the problem with averages, whether it’s height or intelligence. Take a large enough sample of people to produce a normal distribution, then something near to half the people sampled will be above or below the midpoint. Relabelling those margins as “the new average” does nothing to change reality. It just sets you up for a battle with reality.

The gamble being made by GB News is that the political mean isn’t where the media have long thought it was and that it’s much further to the right. Yet if so, that calculation hasn’t been reflected in recent general elections where the public’s vote has been divided evenly between the parties on the Left and those on the Right, where the bigger story is about the Left’s fragmentation. Nor is it obviously reflected in attitudes to the BBC. If you’re over on the Left, you probably consider the BBC to be run by a cabal of nepotistic Old Etonians called Nigel. Those on the Right think of it as a liberal commune run by David Attenborough and a wombat called Stella who self-identifies as they/them. Given that it’s impossible to please everybody, perhaps the BBC does quite well at annoying everybody equally… The counter to this argument is that GB News will find a new audience by appealing to those people disenfranchised from the political process but, of course, people who are so disinterested in politics are hardly going to tune into a channel entirely devoted to politics.

Not that any of this is expressed as crudely as that. Neil began the week with an impassioned appeal, expressing his vision for the channel. For months he’s been denying that the channel will become the “British Fox News” and that he will expect it to maintain the highest standards. That’s all well and good for so long as Neil is on air, but Neil’s involvement is limited by time as it also surely to be affected by age. There simply aren’t that many big beasts in that part of the media jungle (Piers Morgan is notably keeping his options open) and the channel’s ultimate destiny lies well beyond Neil’s stewardship.

Even if we can excuse the technical difficulties that always plague these new ventures, it’s much harder to ignore the quality of the fare on offer once Neil went off-screen. Keep repeating it enough times and we might all believe that GB News is a “news channel” but this remains a bold experiment in opinion broadcasting. That’s something we’ve not seen before, nor is it evident that the formula can work even if they find talent able to sustain it. The evidence in the US is that the fate of cable news channels tracks the fates of the parties; with Fox doing better in the Obama years and then CNN and MSNBC rising during the Trump presidency. Viewers seem to seek out the message they don’t hear coming from the government. How that works for a conservative channel echoing the sentiments of a conservative government is yet to be seen.

Lastly, people might simply be too capricious. The reason children want to eat too much chocolate is that they have parents to stop them. The feeling of having our urges go unfulfilled follows us into adulthood where we learn a different lesson after we’ve gorged ourselves for the first or second time. Too much of what we want makes us sick. And that’s might well be GB News’s weakness. There might not be enough of an appetite for biased broadcasting.

The channel boasted of big viewing figures for the first night (it looks like it beat the BBC and Sky News) but that means nothing when so many tuned in to check out this novel venture (or, as The Times’ Matt Chorley tweeted yesterday “I’m addicted to GB News. Not perhaps for the reasons they’d hope.”). The people most animated by GB News appear to be those that hate it yet feel compelled to watch. Those who support GB News will have considerably less incentive to watch. Simply knowing it’s there might simply be enough but that is hardly a formula for long term success.

4 thoughts on “Can GB News Survive Its Own Contradictions?”