Thank Frieda it’s Friday. It has been a very long week; a whole seven days since my mum’s neck began to cause problems. Today, I thought I’d write but having read a couple of things to drive me slightly loopy with frustration, I think I’ll have a day with my nose buried in a book. […]

It’s been five crazily difficult days and today my ambition to come bouncing back to my usual work fell a bit flat. I’m just knackered and want to do something that helps me relax. I might draw a cartoon. I also want to find the next fiction I’ll read, preferably sci-fi. Last night, I finished […] 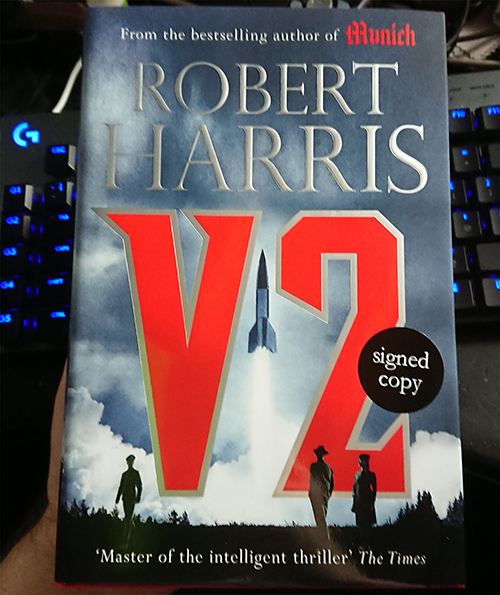 Okay, the title is a bit clickbaitish. There’s nothing good to say about sheltering. We need rid of it and we need rid of it as soon as barely-trained medical practitioners are ready to stick ruddy big needles in my arm/neck/buttock. Yet, as I’ve written so many times over the past months, some good has […]

I’m sure anybody reading to my blog regularly (unlikely, I know) wants more of the political stuff, rather than the personal. Yet, occasionally, the personal overwhelms whatever is happening in the outer world and I haven’t had time to absorb the news. Which means on a day like today, I write about the stuff that […]

Just as the writing begins (19,135 words), I remember why I moved into cartoons. It’s because I have days like yesterday and today… My mother has a bad neck. We’ve known about it for years. She has arthritis in it, which occasionally flares. It’s been fine for months but this week she’s had symptoms which […]

Surprisingly deep sleep last night yet it is now days since I had my last hayfever tablet. I guess it was an exhaustion sleep. I’d had a pretty long day and topped it off by watching Bombshell into the early hours. Looking at the IMDB this morning, I can’t help but feel it’s a grossly […]

Day three, I think, of my new drive to write more and I’ve hit at least 1000 words a day, though today had an added 1000 because I wrote about Trump/Woodward for Reaction. Wordcount so far (including some deletions in order create a clean re-start: 17,571). In other news… The Moonshot. It is, of course, […]

I read Dune many years ago as a teenager and, then, I think I read it again. It’s a nailed-on sci-fi classic and was instantly one of my favourite books. The whole mythology of the fremen, the blue eyes, the spice, the worms… It was so good I remember immediately setting out to read the […]

It’s always been an ambition to write a proper novel. I say “proper” because the novels I have written have never been, in my estimation, properly done. Even the first, which I technically sold to a publisher, wasn’t ideal. There are others, in various states of revision, in files on my computer or printed out […]

I didn’t blog yesterday and don’t entirely feel like doing it today. I guess putting the old What & The Why website into legacy mode by transferring it over to Google’s free Blogger service feels a little like the end of an era. Plus tomorrow is the last day I can hear from Private Eye […]

Spent too much of my Friday filtering my rage through a Microsoft cartoon strip which I might post later today. My anger at Microsoft hasn’t been helped by today’s emails which contain quite cheerful posts from them telling me all the great things I can do with my “new” Surface Pro. I had another email […]

It’s so typical of my luck this year… It’s only a couple of weeks ago since I wrote a piece in which I defended Bill Gates against all the toxicity that’s being directed at him and his charity work. I said at the time that I didn’t consider Microsoft one of those “bad” companies and […]

I have a new piece over at Reaction (clicky here) about the politics around the violence that is sure to define the last weeks of this election campaign. I was quite pleased with it, pleased too that it got a retweet by Adam Boulton. I have these moments when I actually feel like I’m part […]

Writing needs to be done regularly. Today, for example, felt like a struggle, though by the end of 1000 words, I was back in the groove I’d lost over the long weekend. I guess it’s one of those small rules about creativity that you learn by doing and doing regularly. Which is why I’m hoping […]

So, the new head honcho at the BBC, Tim Davie, wants to cut “left-wing comedy” from the schedule. It’s hardly a surprising decision, though hugely mistaken, but not because of the “left-wing” aspect. Reports this morning say that Davie wants less comedy which is “unfairly biased against the Tories, Donald Trump and Brexit”. Might it […]